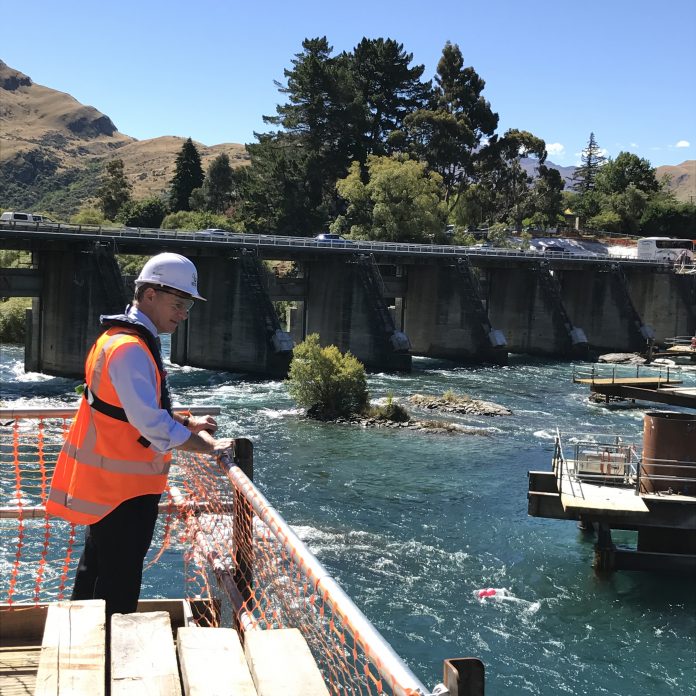 Prime Minister Weekly Column
Infrastructure investment is an important focus for this Government as it benefits New Zealanders’ daily lives – providing the roads we drive on, delivering the electricity we use and the water we drink. It also underpins the delivery of public services and helps to ensure our education, health and justice networks are fit for purpose, as well as giving businesses the confidence to invest another dollar and employ another person.
That’s why Finance Minister Steven Joyce announce last week that the Government will provide an $11 billion boost in new capital infrastructure over the next four budgets to support New Zealand’s growing economy.To put the new investment into context, in Budget 2016 we were forecasting just $3.6 billion in new capital spend between Budget 2017 and Budget 2020 compared to $11 billion now. This new investment will include new investment in the justice and defence sectors and represents the biggest addition to our capital stock in decades. And we want to extend that further, with greater use of public-private partnerships, and joint ventures between central and local government, and private investors.The first $4 billion will be allocated in Budget 2017 on 25 May and will include $812 million for reinstating the earthquake-damaged State Highway 1, north and south of Kaikoura. The allocation in the following Budgets is $2 billion in 2018, and $2.5 billion in each of 2019 and 2020.
This National-led Government is New Zealand’s infrastructure government. We’re already investing hugely in new schools, hospitals, housing, roads and railways, and broadband. In roading alone, Kiwis are travelling on new highways across the country, including in Auckland, Waikato, the Bay of Plenty, Wellington, Christchurch, and Dunedin. While this is great news, to keep growing, it’s important we keep investing in the infrastructure that supports growth. This increase is the level of investment we need to ensure that New Zealand continues to grow further, and with it grow more and higher paying jobs, in the years ahead.
Details of how the first tranche of this money will be invested will be laid out in the Budget on May 25th. Having a strong, diversified, and flexible economy is an important ingredient in ensuring the Government’s books stay healthy and we are in a position to invest in our growing country.The good news is that the latest figures show because of this National-led Governments economic leadership New Zealand is now one of the strongest performing developed economies since the Global Financial Crisis.The Government’s books have again exceeded forecasts with a $1.4 billion surplus for the eight months to February. Budget 2016 had forecast a surplus less than half of what we achieved.The Reserve Bank is also forecasting solid economic growth at an average of 3 per cent over the four year period to 2020. If those predictions come to pass, New Zealand will have been growing almost continuously for a decade. This National-led Government has worked hard to get back into surplus, and this now means we’re in a strong position to be able make this increase in infrastructure investment that will help support New Zealand’s growth, and improve the lives of all Kiwis.