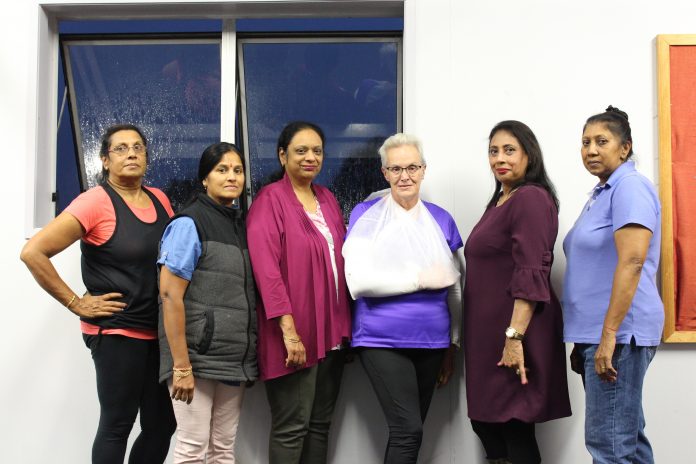 Twelve people have graduated from Jumpstart at the YMCA Cameron Pools, Mount Roskill, joining over 950 other Kiwis who have already completed the 10-week diabetes1 health management programme across the country in the last three years.
Jumpstart now runs four times a year at 14 YMCAs in Auckland, Hamilton, Wellington, and Invercargill to help people manage their health better through exercise, nutrition and lifestyle change.
Cameron Pools is one of the busiest locations having had 80 people on the programme since July 2016, just over an average of 10 per course. Jumpstart instructor at Cameron Pools is Robyn Paterson, who was diagnosed with Type 2 diabetes in 2002 and has gone on to play an integral role in changing the health prospects of her Jumpstart attendees:
“I know what Jumpstarters are going through because I’ve been in their shoes and understand what it’s like. If anyone had told me 15 years ago I’d be a fitness instructor, I would have laughed,” she says.
After her diagnosis Robyn went through her own transformation and made big changes to live a more active life. She no longer needs to take insulin or medications just as long as she keeps up with her healthy diet and regular exercise routine, something her job as a Jumpstart instructor makes easier to do.
One of Robyn’s most recent successful Jumpstarters is Salvito, who has already seen dramatic changes in his health thanks to the programme. Salvito was told he had diabetes twenty years ago but says taking part in Jumpstart recently has given more focus on living a better life:
“I’m very happy to be part of the Jumpstart programme,” he says, “I’m motivated by the other people in the class, and the instructors keep me busy with different goals or activities such as anything from walking or short jogs in the park, to some surprises like bench step-ups”.
“Jumpstart is now part of my weekly routine – it’s given me accountability, rather than working out on my own and I have to thank Robyn for constantly encouraging and motivating me to push myself and reach my goals,” he says.
Salvito has lost 2cm on both his waist and hips in a 6-week time frame and his HBA1C score has shown an improvement (HBA1C is a measurement of long-term blood sugar or glucose levels).
Each 10-week Jumpstart programme is celebrated at a graduation ceremony where participants can share their stories with family and friends.
“It’s my favourite part,” says Robyn, “to see the results and the growing confidence in people, like Salvito. I love seeing participants who have gone through the programme over the years and are still regular members of the gym today,” she says.
Jumpstart is for people with diabetes, or those who have been told they are pre-diabetic. Founded by YMCA Auckland and healthcare company Pharmaco (NZ) Ltd, the national programme has helped almost 1,000 people since it was launched in 2015. It started in Auckland and Hamilton, and then launched in Wellington and Invercargill at the beginning of 2017.
Common results from the programme include weight loss, lower waist measurements and blood pressure, improved mental health and confidence about a healthy future. The weekly sessions help get people moving, no matter their size. For people who are pre-diabetic, exercise and lifestyle programmes, like Jumpstart, can help delay the onset of Type 2 diabetes.
For more information on the Jumpstart programme and how to enroll visit https://www.jumpstartprogramme.co.nz/
For further information, please contact:
Jonathan Tudor, 021 790 475
Nina Green, 021 023 40729