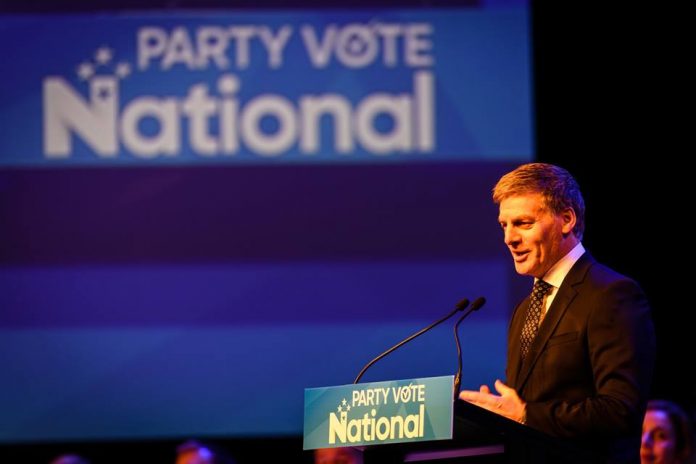 I recently had the privilege of speaking at the National Party annual conference in Wellington, just three months out from the election. I took the opportunity to outline National’s vision for New Zealand in the 2020s, as well as our key priorities for the next Parliamentary term – including further raising incomes and reducing taxes.

I wanted to share our vision with you here. National’s New Zealand is open to trade, open to investment and happy to have Kiwis stay home. It embraces growth because this is what delivers more jobs, higher wages and greater opportunities for all New Zealanders. We work for a New Zealand where innovation and hard work is recognised and rewarded, a New Zealand that looks after the most vulnerable, and helps them change their lives.

This is a Government that is optimistic about New Zealand’s future, and that backs all New Zealanders to succeed. We take the path of growth and openness, and we govern with the ambition New Zealanders have earned. The hard work New Zealanders have put in over many years, backed by National’s strong economic plan, has created one of the fastest growing economies in the developed world.

The books are in surplus, debt is falling, exports are growing, and we’re creating 10,000 new jobs per month. We have a very significant infrastructure programme, less crime, less unemployment, tens of thousands of kiwi families choosing staying home and, one statistic I’m particularly proud of, 60,000 fewer children in benefit-dependent households.

We are proud of what we’ve achieved, but it’s not enough. It’s not enough for people whose businesses are just taking off, or for those whose lives are just turning around. It’s not enough for first home buyers waiting for more houses to be built, or for people who haven’t yet seen the benefits of growth. We are doing so well as a country, but we must grasp this rare opportunity to do so much more. This year we’ve already announced significant steps in our plan to ensure that we continue to make a difference in all New Zealanders’ lives.

Next month we’ll see the first group of the extra 1125 police staff arrive at the Porirua Police College. From April next year, the Family Incomes Package will boost the incomes of 1.3 million New Zealand families by an average of $26 a week. By June next year, we’ll have delivered nearly 3000 of the 34,000 houses we will build in Auckland over the next 10 years – adding to the 10,000 a year already being built. These are the positive choices that a growing economy and growing surpluses give us. And we’re just getting started.

National is the party that will drive New Zealand’s prosperity. We will deliver the infrastructure, the environment, the incomes and the public services to lead a proud and confident New Zealand into the 2020s.